Harry loved architecture but he had on even greater love for his wife Penelope. Having convinced the parents of 19–year–old Penelope that he, at 35, was the right man for her, they enjoyed a loving partnership of some 47 years. They perfectly complemented each other, and in the office we rued the times when Penelope would travel on her own, leaving Harry behind in Sydney. He would arrive earlier than usual, be irritable all day long and then stay later than normal – all because he was missing his beloved “Penel”. In desperation I would ring up Polly to find out when her mother was returning, so we might know when peace and order would also return.

As a part–time first year student in Harry’s office, I asked him whether I might make use of his darkroom at home for my university projects. He agreed, and whenever I turned up on a weekend to toil away in the dark, he would knock on the door with an “Is it safe to come in?” to see what I was up to. Trading ideas, we would then inevitably retire to the balcony for a cup of coffee while waiting for the film to dry – it was hung on a paper clip in the breeze of the kitchen door. The talk, though wide reaching, always came back to architecture.

The sandwiches Harry offered on these occasions followed the simple recipe that he used each day at the office. Good, wholesome, heavy rye bread was consumed with slabs of cheese and cut-up capsicum, and accompanied by the ubiquitous kohlrabi. I am sure that many a visitor invited by Harry to come and see him over lunch, arrived expecting somewhat more sophisticated fare, but Harry would not upset this routine for anyone.

The same modest tastes came to the fore when he visited me in Vienna while we did the Wohnpark Neue Donau housing estate. He would delight in going to the Naschmarkt and picking up some fresh sauerkraut that the vendor would fish with his fingers out of a great timber barrel or in getting simple bratwurst from a roadside stand. When we did go to a café or restaurant, he would happily relive childhood memories by ordering traditional hausmannskost meals.

During the first such visit, Harry insisted on staying with me in my tiny 26 square metre apartment for a fortnight. I had arranged to borrow a folding bed from bemused colleagues at the partner firm we worked with – on the assumption that I would be giving Harry my bed. They were alarmed to find that it was in fact Harry who was sleeping on the “banana lounge”. He dutifully folded this up every morning so that we would have room to have our breakfast together before heading off to work. He delighted, as he did with so many things, in my way to to work. Walking down to the Graben and down the Kohlmarkt, past the Loos House through the Hofburg, Harry told me I was the luckiest guy in the world and joked that I should pay him for the privilege.

I saw the same delight when we undertook tours through the Austrian countryside to scout out old castles, baroque monasteries and churches. Harry was always marvelling at and humbled by what he found around him. Memorably, he displayed the same sentiments in a cave in Kakadu National Park, declaring, “Now this is architecture. These guys know what they were talking about. Leaves us for dead.”

Harry was intensely loyal to those around him. If anyone were in need of assistance, Harry would get on the telephone, write letters and do anything in his power to assist. When there were disagreements, he had the capacity to forget quickly and “get on it with” – he was not one to harbour bad feelings, always gave us another go and an opportunity to prove ourselves. In some ways we thought of ourselves as a “family” rather than an office in the traditional sense. 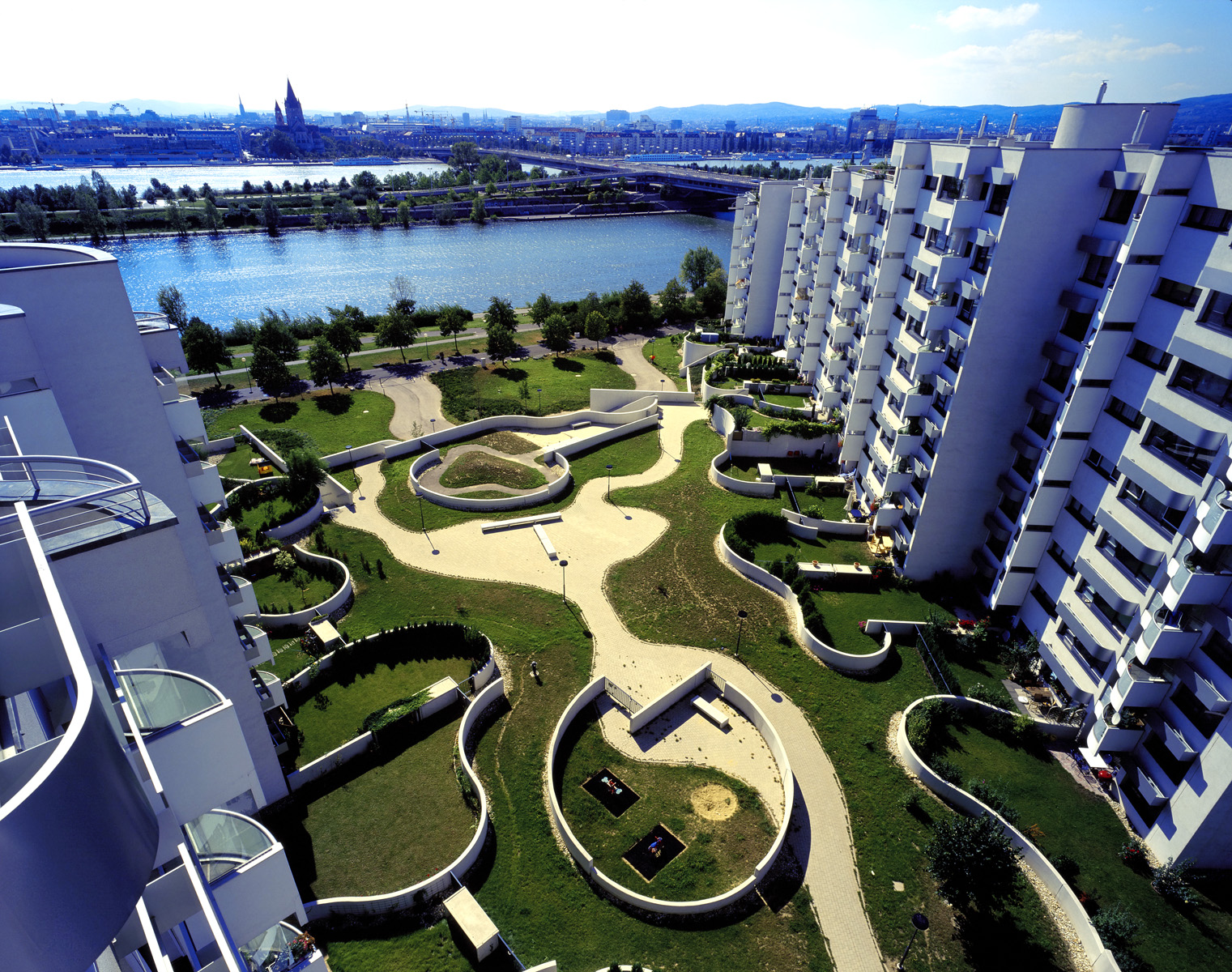 Dirk Meinecke has worked with Harry Seidler since joining the firm as a first year student in 1984. He also spent three years in Vienna, liaising with local authorities and consultants for the Wohnpark Neue Donau project.