by Chris Abel
First published in Architectural Theory Review (Journal of the Faculty of Architecture, The University of Sydney)11 (1) 2006:96-98.

One of the greatest architects of any era to work in the southern hemisphere, Harry Seidler has earned a special place in the history of Modern architecture. Partly trained in an engineering school, his personal technical mastery, especially of reinforced concrete, was rare amongst his own generation of designers, let alone amongst earlier Modernists, and laid the foundation for the fluid, baroque forms he produced with Luigi Nervi that characterized his later work. Matching technical competence with sculptural flair, he was one of those few designers of his age capable of fulfilling the Modernist dream of integrating art and modern technology.

Yet there remains a curious ambivalence in critical circles, both local and international, regarding his more specific place in Australian architecture. The widely accepted view has it that Seidler was one of the last orthodox Modernists, whose origins go straight back to the Bauhaus through the group of celebrated émigré teachers, Walter Gropius, Josef Albers and Marcel Breuer, under whom the fledgling architect studied after the war in North America.

Admittedly, Seidler’s frequent references and loyalty to his teachers, not to mention his occasional disparaging comments on Australia’s status as a cultural ‘backwater’, partly encouraged this view, provoking its own backlash.

However, the work tells a quite different story. Breuer himself – arguably the most important of Seidler’s early teachers and the first to employ the graduate architect – can hardly be described as an orthodox Modernist, if what is meant by that is some kind of slavish adherence to the Machine as model and metaphor for architectural production. As his own early work in North America testifies, Breuer was profoundly influenced by his studies of vernacular architecture, the lessons from which he applied to his houses in New England, and which in turn impressed his young apprentice. It was those lessons – of modest houses made largely of local materials and carefully set into the surrounding landscape – that Seidler brought with him to Australia, together with the more frequently quoted Modernist spatial concepts. 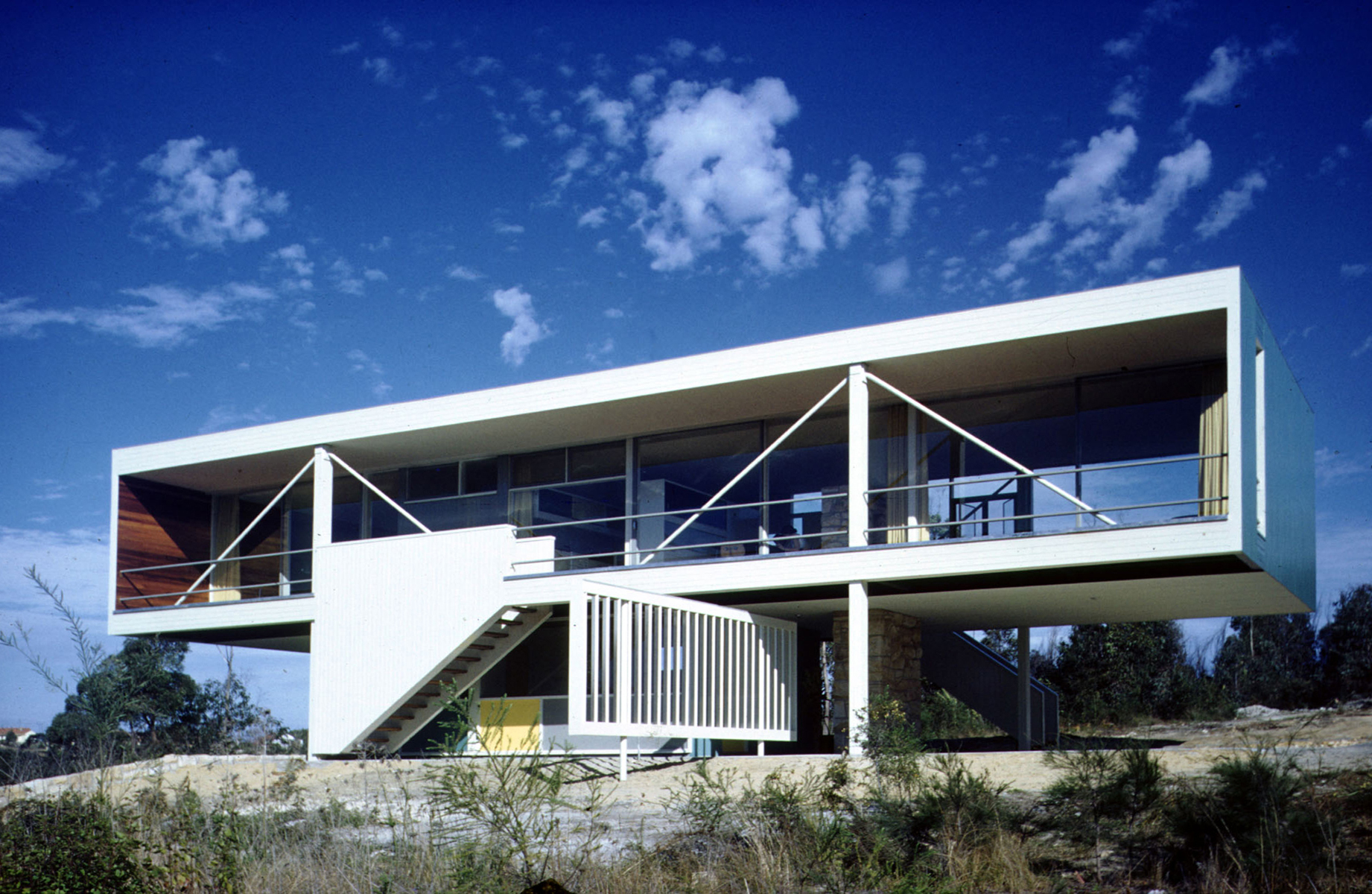 Seidler also demonstrated his superior technical prowess – superior, that is, to his teachers’ as well as to most contemporaries’ – early on with the Rose House, 1952, which immediately followed the Rose Seidler House, his first work in his adopted country. Breuer had struggled to make his famed Cantilever House in New Canaan, 1947, stand up, and eventually had to prop up the overhanging portions with supporting walls below. Though similar in outward appearance, the timber framed upper structure of the Rose House was built around a more reliable, bridge-like steel frame, much like the suspended structures favoured decades later by High-Tech architects. Raised above the ground on slender steel legs, the ‘floating house’ type Seidler borrowed from Breuer also makes far better sense in the warm climate of New South Wales than it did in New England, and has direct local precedents in the raised houses commonly found up the east coast of Australia.

Seidler’s greatest contribution to a regionalized Modern architecture, however, is in the series of heavily shaded towers and other large residential and office buildings he designed and built in cities in different parts of Australia and around the Pacific Rim. These later works owe more to Seidler’s early association with the Brazilian designer Oscar Niemeyer, together with his admiration for baroque architecture in general, than to any orthodox Modernist influences. For all its mixed origins, however, the result is an architecture clearly belonging to and of the southern hemisphere, if not specifically Australia. For example, writing on Seidler’s Riverside Centre in Brisbane, 1986, Kenneth Frampton, who has elsewhere also interpreted Seidler in more orthodox terms, decisively claims the work as belonging to the school of critical regionalism, even though, in this instance, he does not actually use that precise description:

‘With its arbitrarily placed ‘façade-terraces’ and its lush tropical landscaping and outriding organic forms… …and above all with its rationally articulated central structure, Riverside may be read as a tectonically rigorous but topographically inflected work; as a building that consciously mediates between the demands of universal civilization and the constraints of the topos, between the received standards of a global practice and a critical commitment to the cultivation of a local identity and culture’.(1)

Conversely, for all its undoubted virtues as high quality social housing, the Neue Donau Housing Estate, which Seidler completed in Vienna in 2001, looks strangely out of place in the European setting and climate and reveals itself to us for what it is: an import from brighter climes in the southern hemisphere, skilfully adapted to its unique site on the banks of the Danube.

Given these and many more examples of Seidler’s regionalism, when, a few years ago, at Seidler’s invitation, I first came to write something about his work, I found the received wisdom about his so-called orthodoxy both puzzling and disturbing. Puzzling, because I had always found something quite exotic and definitely unorthodox about Seidler’s work, especially in the 80s and 90s, with its crisp, sun-drenched lines and curves. Disturbing, because, as I eventually concluded, it suggested a singular and particularly narrow view – deeply rooted in rural and ‘bush’ mythology – of what ‘Australian’ architecture is, or ought to be.

That view, encapsulated in the still favoured image of the detached house set in the bush, with its tin roof reminiscent of simple farm buildings, seems increasingly detached from reality, if not delusional. More than anything else, perhaps the greatest value of Seidler’s work to Australia’s architects, who often seem to be in deep denial of their urbanized history, is that he taught them to accept and to work within the context of the modern Australian city, with all its problems of density, scale, multiple functions and cultural complexity. That, as a relatively recent European immigrant, he also produced an architecture more expressive of that special urban context than any other Australian designer has yet done, is something to be wondered at.

There was a blind spot in Seidler’s outlook, however. In referring to Australia as a ‘backwater’, even if only, as one suspects, to rub his critics up the wrong way, Seidler underestimated the current seismic shift in global economics and culture from the Atlantic to the Pacific. Whether it likes it or not – and most Australians seem to like it, including its architects, many of whom are now working around the Pacific Rim – Australia is being steadily drawn into this emergent vortex and may never be described as a ‘backwater’ again.

Next:
Planning and Architecture at the end of our Century